It’s been over a year since the SEC’s Division of Economic and Risk Analysis (DERA) published its report on Private Securities Offerings post-JOBS Act. And while since that time, DERA has published more data about Regulation CF and Regulation A, the SEC has yet to offer any new data or analysis on Regulation D.

I figured I’d gather some data about Reg D for 2016 that people might find useful. Reg D data is publicly available in the form of Form D’s that are filed with the SEC's EDGAR system by companies who raised money under the exemption. Fortunately for me, a website called Rank and Filed organizes much of the data in aesthetically pleasing charts and graphs. Unfortunately for me, however, their charts were not easy to filter so much of the data I gathered I did the old-fashioned way (entering individual numbers into excel). As such, I make no guarantees as to the accuracy of the figures below.

From their charts, I was able to collect the following information about Reg D in 2016:

Finally, here are some graphs I made to illustrate the data gathered: 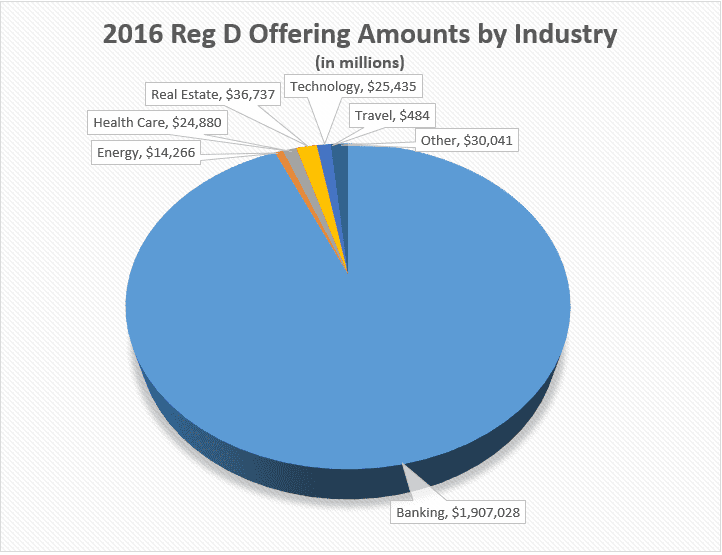 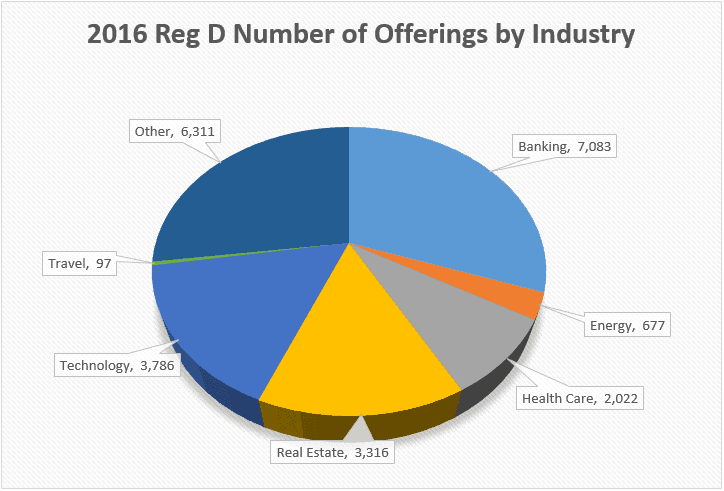 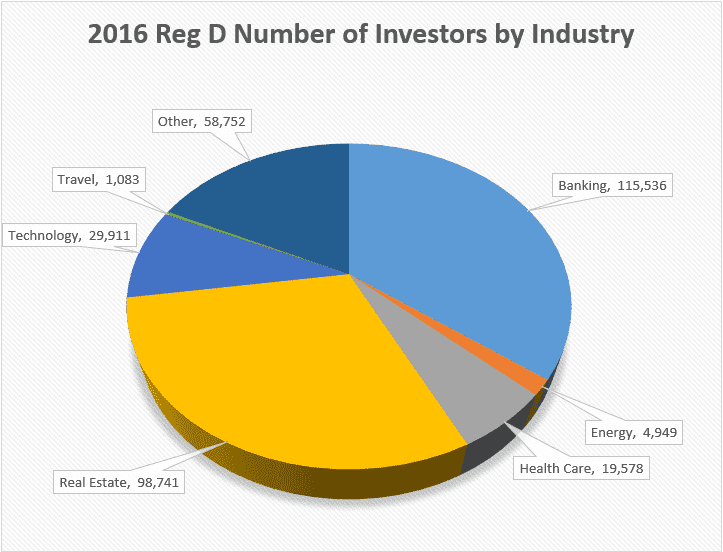 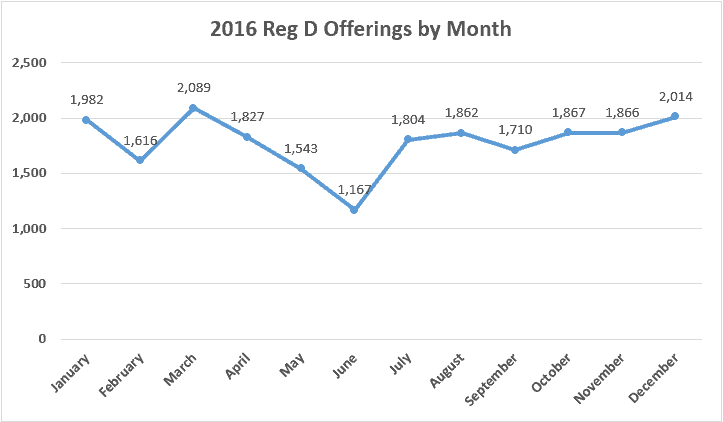 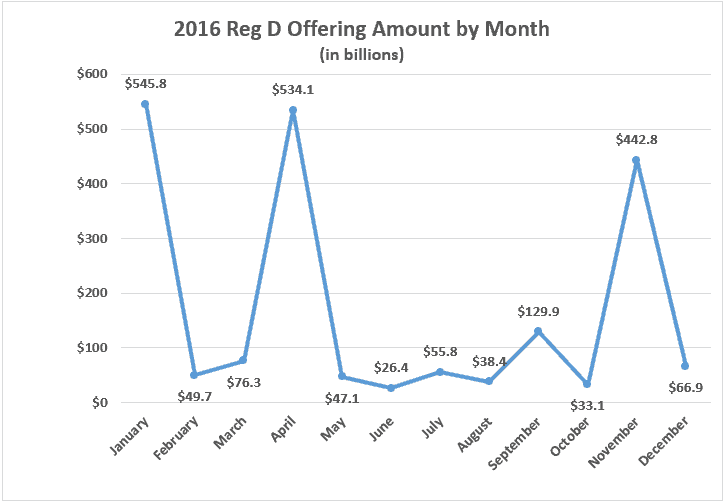 It's difficult to draw any conclusions from the data as compared to the information provided by DERA's report from last year. The total number of offerings from 2015 to 2016 went down slightly, but just barely (23,413 compared to 23,292). Also, given my estimate that the actual amount raised in 2016 was less than $1 Trillion, it looks like the total amount raised decreased compared to 2015 as well (according to DERA's report on page 4, there was over $1.2 Trillion raised under Reg D in 2015). Again, the data I gathered may not be completely accurate so whatever conclusions you want to draw are your own.